Chris McKay interviews ACM Award Winner Jeff Carson. Jeff shares insights to his humble beginnings, the road to Nashville and leaving country music to pursue his passion of becoming a Police Officer. Stories behind “Yeah Buddy”, his first number 1 single “Not On Your Love”, “Holdin On To Something”, Real Life, award winning “The Car” and the re-release of “God Save The World”.

Notes From Chris McKay: What a fun interview and it was great catching up with Jeff. He is genuinely the greatest guy to know and talk with. He wears his heart of his sleeve and loves sharing fun stories. I can’t wait to see if he can come back to the country charts and maybe another road tour!

Artist information from WIKI: Jeff Carson was born in Tulsa, Oklahoma and raised in Gravette, Arkansas. In his childhood, he played harmonica and guitar and sang in church. In high school, he and some friends formed a band. They won second place at a local talent show for performing the song “Seven Bridges Road”. After graduating, he moved on to another talent competition held at a park in Rogers, Arkansas. The winner of that competition then asked Carson to play in his band, which he did for four years until the band split up. 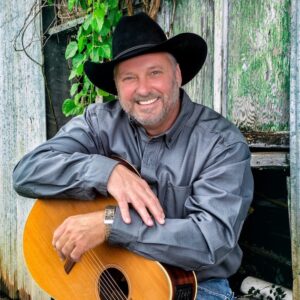 Carson later moved on to Branson, Missouri, where he found work playing bass guitar in local bands, in addition to writing songs. While in Branson, he met his then-future wife, who persuaded him to move to Nashville, Tennessee, which he did in 1989. In Nashville, he found work with a band that played at the Opryland Hotel, before convincing the hotel to book him as a solo act. He eventually recorded demos for other artists, before he was discovered by record producer Chuck Howard in 1994 and signed to Curb Records.